Symbols of the occult, satanism and secret societies are becoming more popular and hence, we encourage you to use this list to warn and edify others, especially Christians who unintentionally wear and display them. The below symbols are only a few of the many symbols that Satanic and occultic groups uses to give praise, show loyalty to Satan and mock Christianity.

1 Peter 5:8- Be sober, be vigilant; because your adversary the devil, as a roaring lion, walketh about, seeking whom he may devour.

Ephesians 5:11-12- And have no fellowship with the unfruitful works of darkness, but rather reprove them. For it is a shame even to speak of those things which are done of them in secret. 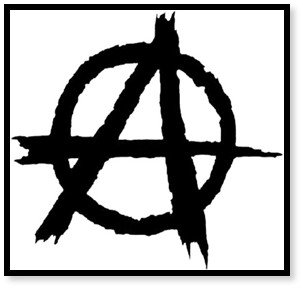 ANARCHY- Represents disorder amongst a group of people who rebels against authority. To many satanists and other fast-growing occult groups, it represents their slogan, “do what thou wilt.” The word of God entreats us as Christians to walk in accordance and in obedience to the Word of God being mindful not only of our actions but our attitude towards God; our higher authority. In everything God does Satan tries to pervert; God created order and Satan creates disorder. This sign also represents ASMODEAS; a demonic force driving people towards sexual perversion. 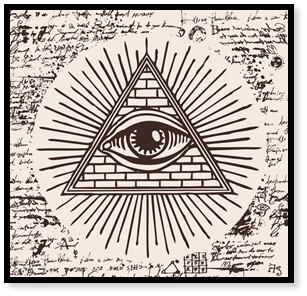 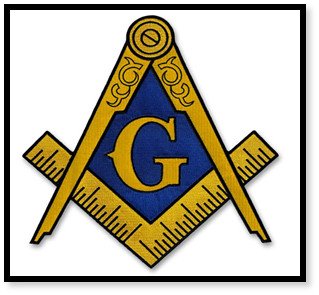 MASONIC COMPASS- The Masonic symbol of the compass and the T-square represents movement toward perfection and a balance between the spiritual and physical. The compass (used to form circles) represent spirit. The ruler (part of a square) represent the physical. Together, the compass and square signify the union of matter and spirit, and the union of earthly and spiritual responsibilities. As measuring instruments, the tools represent judgment and discernment. 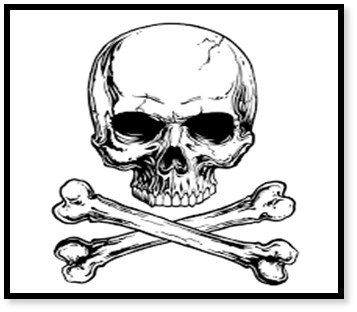 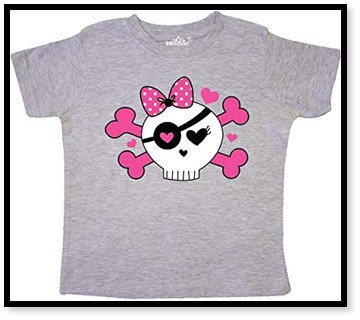 THE SKULL AND BONE- This symbol represents complete destruction; for a person to have this tattoo on them signifies that Satan will stop at nothing to completely bring that person to skull and bone (death). Having this symbol in your possession gives Satan legal right to utterly destroy you. The skull and crossbones are important symbol in Masonry, where it symbolizes the transience of the material world, and is used in initiation rituals as a symbol of rebirth. 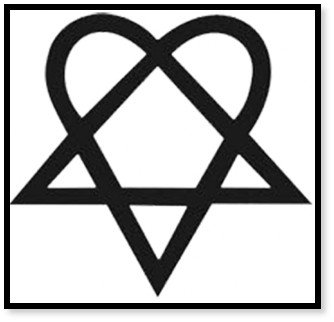 HEARTAGRAM- Represents the interaction or blending of opposites such as love/hate and life/death. 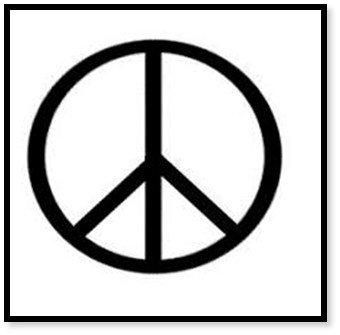 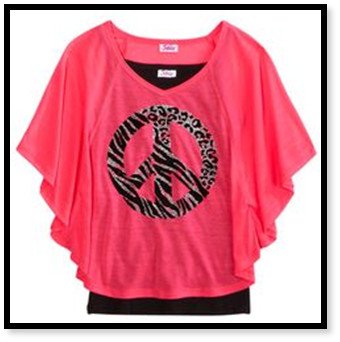 PEACE SYMBOL/ BROKEN CROSS- This symbol is used as an open demonstration of rejecting Jesus and his faith. It is also used to mock the death of Jesus and showing loyalty to Satan. 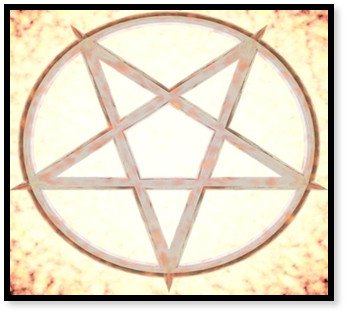 THE INVERTED PENTAGRAM– This symbol is the official symbol of church of Satan. It also stands for Satan and the antichrist dominion over the earth. Satanism worships the accomplishments of humanity and encourages believers to embrace physical wants and desires. Satanists also associate the pentagram to “intellectual omnipotence and autocracy.” The Church of Satan specifically associates it with the Goat of Mendes, which they also call Baphomet. For them, it represents “the hidden one, he who abides in all things, the soul of all phenomena.” 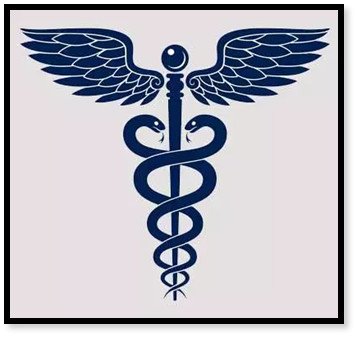 CADUCEUS- An ancient symbol dating back to the Greek messenger god Hermes. The two serpents coiling around the staff represent positive and negative forces. The caduceus symbolizes trade, negotiation and reciprocity and was co-opted into the Baphomet by Levi. It symbolizes reconciliation of the opposites such as having a Satanic monument opposite a Christian one. 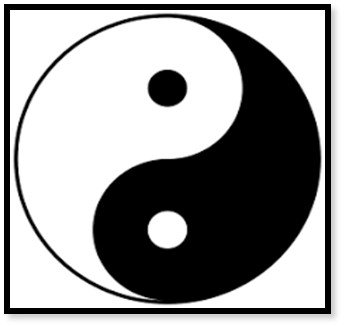 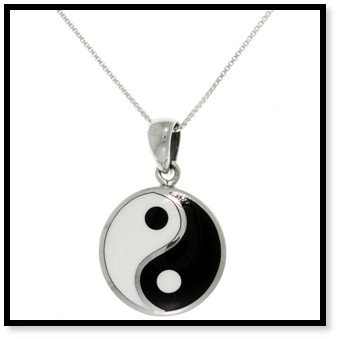 YIN AND YANG– Represent all is one and all is God, it opposes Christianity, which shows us that there is only one God. Yin Yang promotes homosexuality since there is some yin (female) in the yang (male), which is represented by the little dot, and some yang in the yin, the concept of bisexuality is also symbolized. It also represents that sin does not exist; there is no good or evil and there is no life or death because life and death are one. Isaiah 5:20-21 23 states, “Woe unto them that call evil good, and good evil: that put darkness for light, and light for darkness; that put bitter for sweet, and sweet for bitter! Woe unto them that are wise in their own eyes, and prudent in their own sight! which justify the wicked for reward and take away the righteousness of the righteous from him. 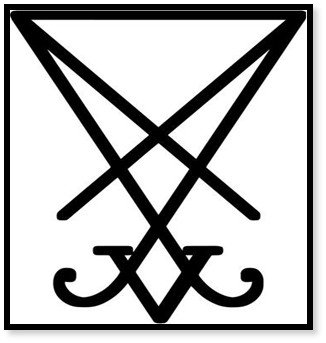 SIGIL OF LUCIFER/ SEAL OF LUCIFER- The sigil of Lucifer is the symbol that represents and embodies Lucifer, the prince of the fallen angels. It is a magical symbol which signifies a fallen angel or demon. They are used to conjure demons and create an oath between the demon and the magician, who then uses them to carry out their will and desire. 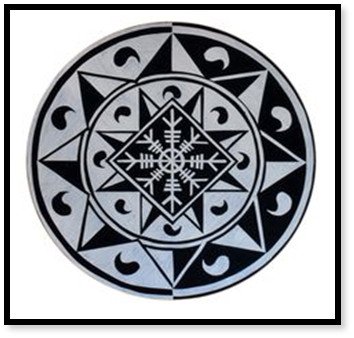 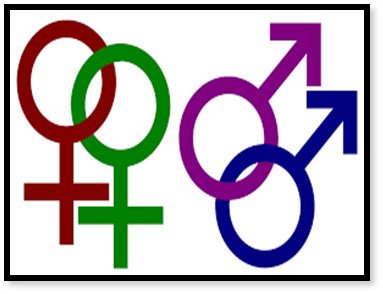 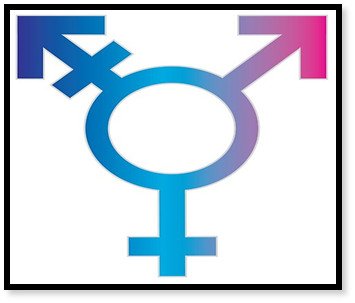 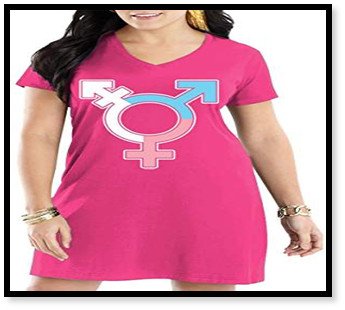 TRANSGENDER SYMBOL– This symbol is used to identify transgender, transsexuals, intersexual, and other gender variant (queer) individuals. Often consist of modified gender symbols combining elements from both the male and female symbols. 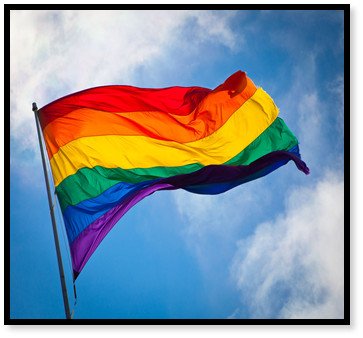 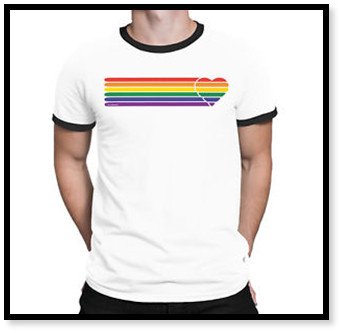 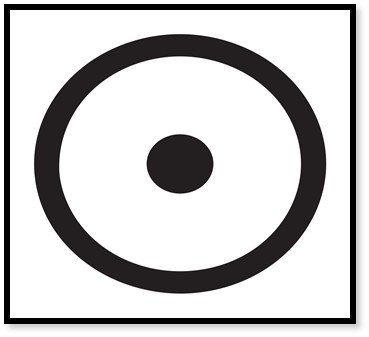 CIRCUMPUNCT- This symbol represents the notion that man is his own God. It also represents the sun and a sun god, ‘Ra’ in Egypt and emotional restraint according to the Freemasons, it is also said to be the creative spark of divine consciousness within people linking everyone to the creative mind of a universal “god” therefore making each person co-creator. 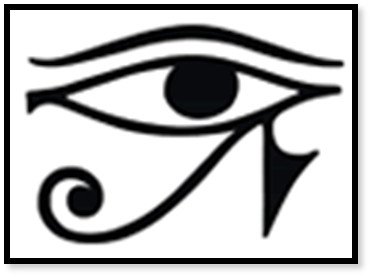 THE EVIL EYE- The symbol of a terrible, legendary curse that is believed to bring sickness, death and bad luck. Giving someone “the evil eye” is a look which clearly states that one intends for something bad to happen to the other person, either out of jealousy or pure malice. 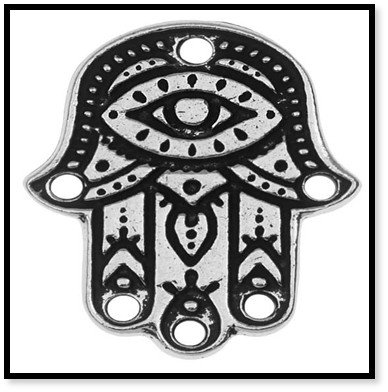 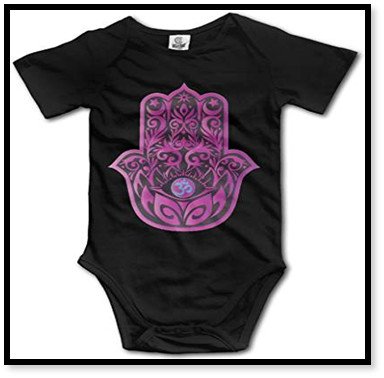 HAMSA HAND- An amulet used in occultism symbolizing the Hand of God and protection. It supposedly brings its owner happiness, luck, health, and good fortune. The Lord God of heaven is the only one that can protect and anything outside that is a gross misconception. 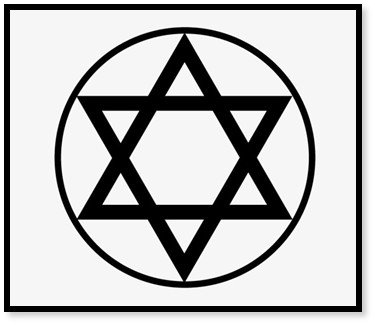 CIRCLED HEXAGRAM– Used in the occult rituals as a representation of the “divine mind” (a counterfeit of God’s wisdom).  The six point of this symbols is said to represent 666 (The mark of the beast) and is also used in witchcraft to conjure demonic dark magic.

INFINITY- In the occult tarot it’s linked to magic and represents equilibrium or the balance of various forces. This symbol in the occult and Satanism stands for truth, as they believe that satanism is the truth and they are infinite and will continue to be. 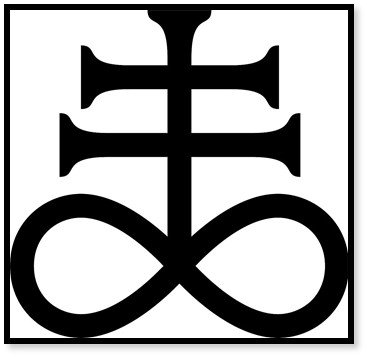 SATAN/LEVIATHAN CROSS- The double cross symbolizes protection and balance between persons while the infinity emphasizes the constant and infinite nature and most likely symbolizes the eternal universe, this may have been used in the satanic bible to as a mockery of the cross, to show that humans are their own centrum of balance, and truth. 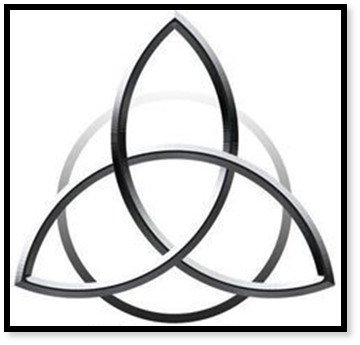 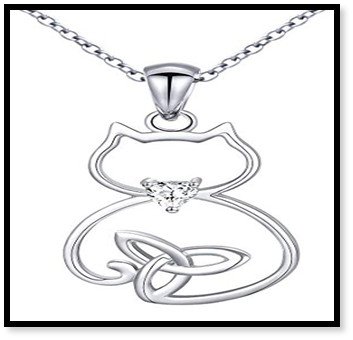 THE TRIQUETRA- used as a protective charm. Psalms 62:1-2 states; Truly my soul waiteth upon God: from him cometh my salvation, He only is my rock and my salvation; he is my defence; I shall not be greatly moved. True protection only comes from the true and living God. 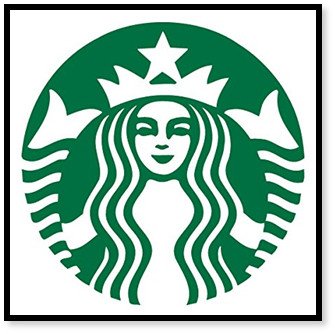 MELUSINE/ TWO-TAILED MERMAID– a water goddess that is sometimes used in rituals for spiritual guidance and healing. 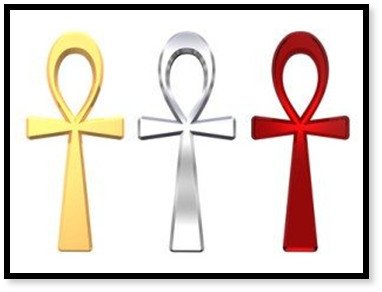 ANKH- A cross that the Egyptians uses to represent eternal life, rebirth, and the life-giving power of the sun. The word of God declares in Genesis  2: 7 that the LORD God is the only one that has the ability to give life. Genesis 2:7– And the Lord God formed man of the dust of the ground, and breathed into his nostrils the breath of life; and man became a living soul.

4 thoughts on “Symbols and their Meaning”